Carbon dioxide and other kairomone-baited traps 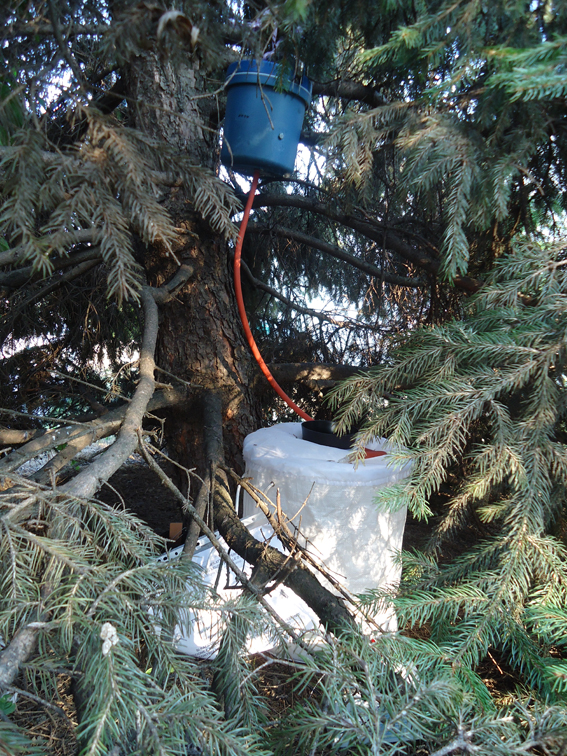 Since carbon dioxide does not attract very well the genus Aedes, subgenus Stegomyia, and many of the invasive species of tropical origin, special traps are used with substances that attract them more.

A trap, which can attract and capture all the mosquitoes of interest for surveillance, can be obtained by adding kairomones (volatile chemicals produced by an organism that are pleasing to other species) to a source of carbon dioxide.

This system is obviously applied where there is an interest in also catching the subgenus Stegomyia mosquitoes. For instance, they are placed near the infectious disease wards in hospitals to capture, determine, and analyze any disease vectors. The traps are also placed in areas where it is easier for new invasive species to enter the territory, such as commercial ports (not in Piedmont), airports (Caselle and Levaldigi), freight villages, etc.

Mosquitoes caught by about ten of these traps are also subjected to virological analysis according to a fortnightly calendar.