Heartworm disease is a disease of veterinary interest which is caused by some species of nematodes (small worm-like animals) of the genus Dirofilaria (in Italy Dirofilaria immitis, and the less dangerous D. repens).

It mainly affects canids and felids, including domestic ones; the ferret is also at risk.

Mosquitoes are the vectors of this disease as they transfer the larval forms (microfilariae) from a sick animal to a healthy one. Overall, microfilariae are not dangerous. However, when adult heartworms grow to a much larger size, as with the D. immitis, they can obstruct the pulmonary arteries, the inferior vena cava, or the heart cavities (heartworm disease), whereas the D. repens stop at a cutaneous level (subcutaneous filariasis). 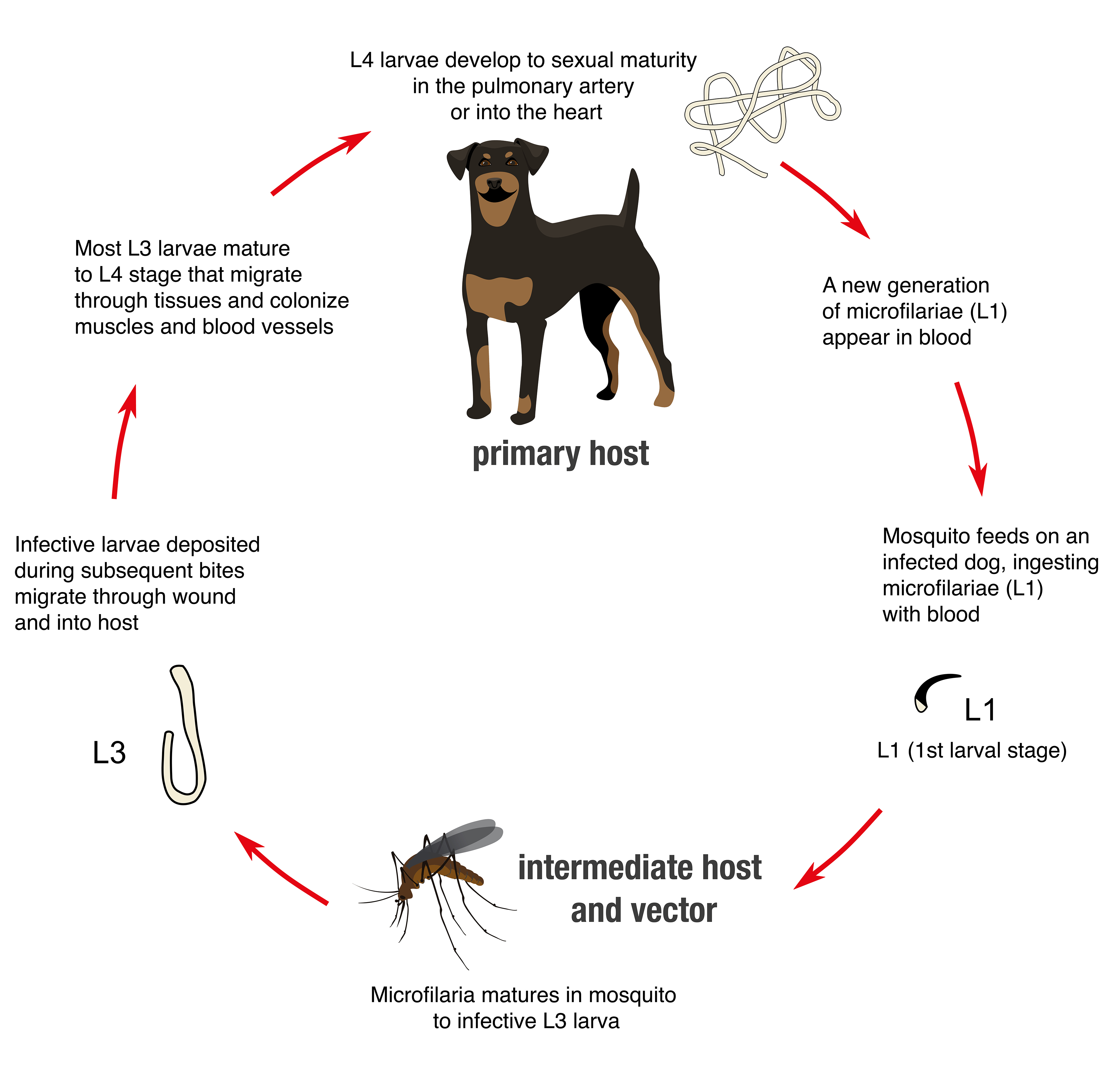 When the heartworm disease is much more severe in dogs, the animal starts to show signs of fatigue, weight loss, cough, pulmonary edema, and heart failure. Furthermore, the substances produced by heartworms can be irritating and toxic for the organism.

Frequently, the infected animal dies because the treatment of adult heartworm is complex, and sometimes can be fatal.

Thankfully, there are good preventative methods. First, it is advisable to carry out annual checks that involve a simple blood smear to see if there are any microfilariae present. These can be effectively counteracted with drugs that prevent their development.

In endemic areas, or where there are many mosquitoes, as well as the annual test, prophylaxis is recommended for the entire period when the vector is present (from April/May to September/October).

In cats, heartworm rarely live longer than a month, and circulatory obstructions are transient.

Man is only accidentally infested with heartworms and without any real harm.

Whereas in tropical regions, there are filarial worms capable of infesting humans that cause serious diseases which can be divided into three categories:

Not all filarial worms are carried by mosquitoes (for example the vectors of O. volvulus are black flies).