From a medical point of view, mosquitoes are the most significant grouping of insects, especially when considering how widely distributed they are. The main concern is the close correlation of some species with humans, and a consequent planetary scale emergency due to pathogens being transmitted from various diseases that have a tremendous impact.

The main forms of malaria that affect humans are transmitted by different species of mosquitoes from the genus Anopheles. The disease is variously spread across the globe and causes about half a million deaths a year. Zika, dengue, chikungunya, and yellow fever are primarily transmitted to humans by the Aedes aegypti mosquito. More than half of the world’s population live in areas where this mosquito is present. The incidence of dengue has grown dramatically around the world in the last decade, and new countries are now reporting the first outbreak of the disease.

In recent years in Brazil, there have been a series of yellow fever outbreaks that involve numerous states with thousands of cases reported.

Mosquitoes of the Culex pipiens group transmit the West Nile fever, the Japanese encephalitis, and other diseases; Culex pipiens practically share all the habitable areas of the planet with humans (except for Iceland and a few other areas).

Due to evolution, malaria-infected mosquitoes have determined the development of congenital diseases in humans, such as sickle cell anemia, thalassemia (Mediterranean anemia), and favism. These hereditary diseases have spread to areas affected by malaria as a natural means of defense. The diseases continue to remain present with a high number of people affected, even after the eradication of plasmodia, as can be seen with thalassemia and favism in some areas of the Mediterranean.

The peculiarity of these congenital forms is that they manifest in a severe form in recessive homozygosity and in a mild form in heterozygosity, in the latter case offering greater resistance to plasmodium malaria .

The spread of the gene in populations living in areas affected by malaria results in a genetic defense at a biological cost; these include serious disease conditions of homozygosity, but at the same time, constitutes a profoundly serious genetic defect when the ancestral cause is eradicated. 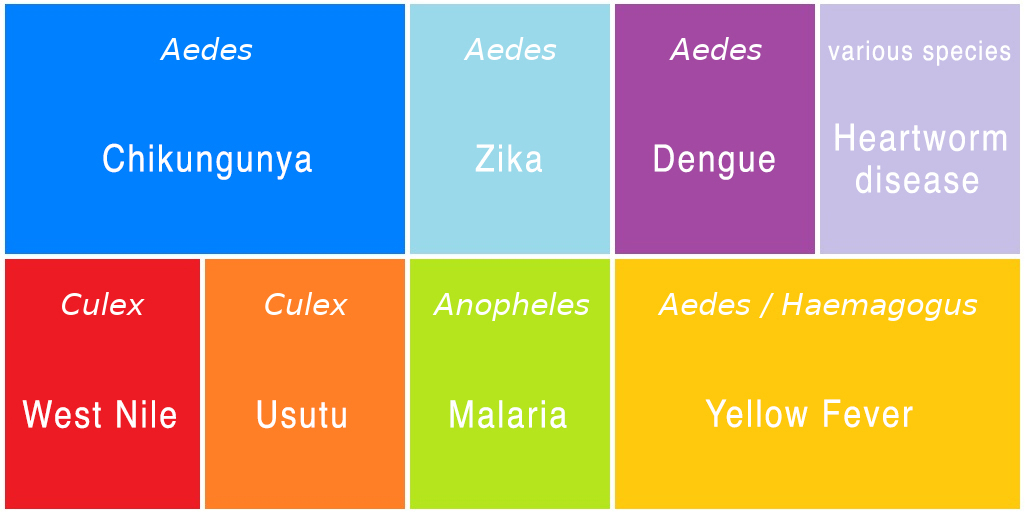 While the mosquito is feeding on the blood of its victim, it injects a small amount of saliva into the subcutaneous tissues. In addition to water and salt, the saliva contains numerous proteins that perform different functions: anticoagulant, antiplatelet and vasodilator, enzymatic activity that helps the absorption of sugars (similar to our saliva), antimicrobial, etc.

Most of us are undoubtedly all aware of the “side effects” a mosquito bite entails. Redness and itching are caused by the irritating proteins in the saliva.

The extent and duration of the inflammation depend on the mosquito species, the host status (weight, age, individual sensitivity, state of health, etc.) and how many bites are received. Cases range from completely asymptomatic to Skeeter syndrome which is a pathology caused by the severe local allergic reactions developed following the bites that lead to intense itching, inflammation, redness, and fever.

Unfortunately, in some cases during the blood meal, the mosquito can inject or drop on our skin pathogens, which can infect us with more serious diseases. 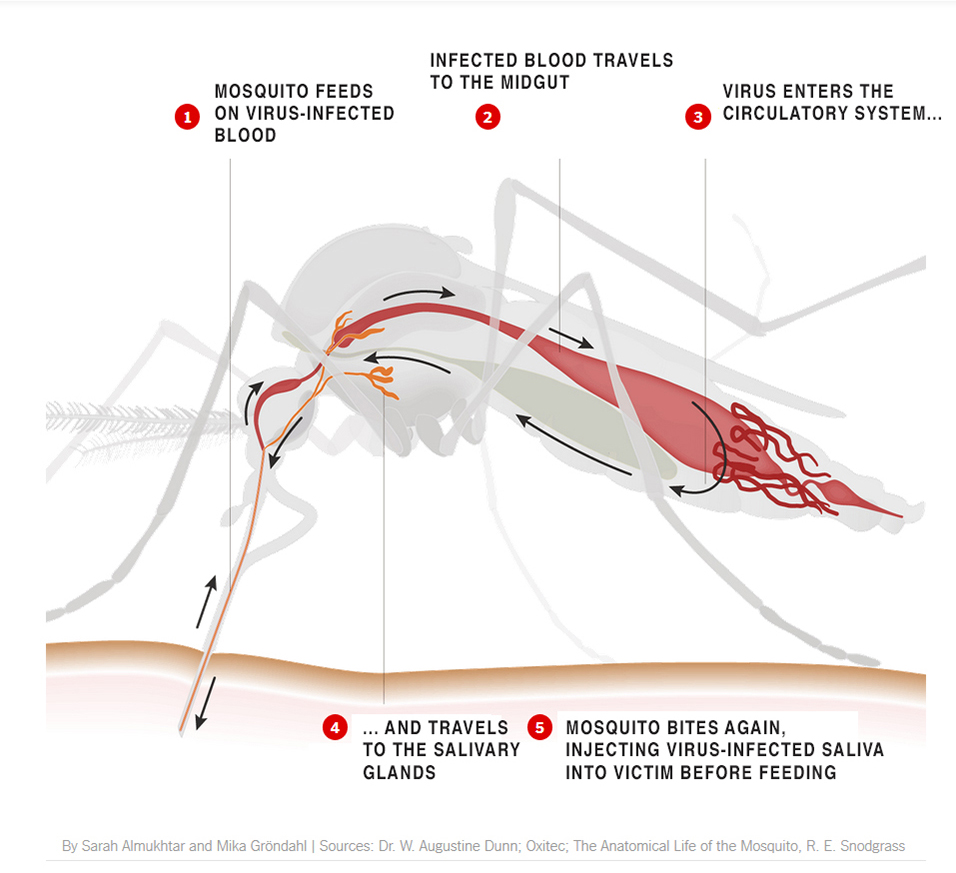 The only pathogens transmissible by mosquitoes that are permanently present in Italy to this day are the West Nile virus, the Usutu virus, and the dog heartworm. However, even recently, some travelers from tropical countries have unknowingly transported other pathogens that can be transmitted by mosquitoes in Europe.

If these travelers get bitten by a “competent” mosquito (i.e., able to get infected and transmit the pathogen) once they are back in Europe, the mosquito will then in turn transmit the pathogens to healthy individuals. For this reason, rigorous surveillance is needed also for diseases that are not permanently present in Italy.

THE MAIN DISEASES TRANSMITTED BY MOSQUITOES

Let us learn about the main diseases that are transmitted by mosquitoes that have some medical or veterinary interest in our country, or for those travelling to countries considered at risk.