In Italy, there are just over 60 of the about 3,590 species of mosquitoes known in the world. Only ten of the mosquitoes present in Italy are of real interest for mosquito control projects due to their abundance and aggressiveness towards man, or for the possible transmission of pathogens. 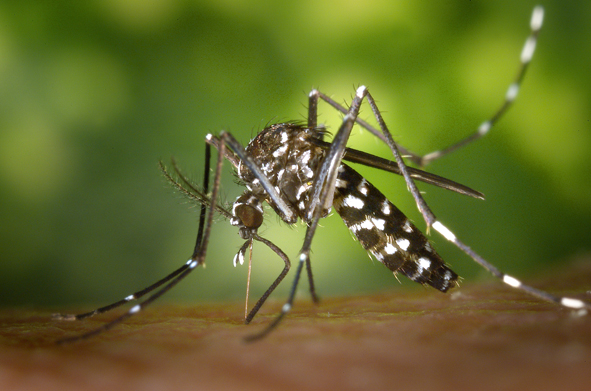 The Asian tiger mosquito (scientific name: Aedes albopictus) can essentially be distinguished from the common house mosquito by its coloring: the adult is black with white streaks all over the body, especially on the legs, chest, and head. It measures between 4 and 10 mm depending on how much the larva are able to feed. It is a species native to the tropical forests of southeast Asia and since the second half of the twentieth century, it has only taken a few decades to colonies a large part of the temperate and tropical regions around the world. Its diffusion is mainly due to the accidental transportation of eggs laid inside manufactured goods destined for international trade, such as used tires. 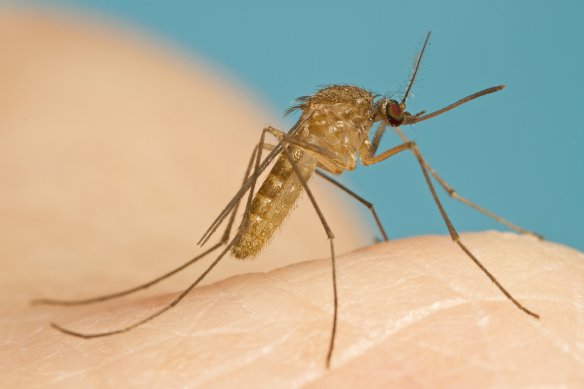 The common house mosquito or northern house mosquito (scientific name: Culex pipiens) is rather minute in size and is a brownish color. It has a truncated abdomen, each segment is crossed by two transverse bands: the brown, distal band, and the beige proximal one. There are two biological forms of this species: one ornithophilous and rural, another anthropophilic and adapted to urban environments, which shows a more evolved state compared to the ornithophilous form. From the biological point of view, the anthropophilic form has developed characteristics that suit with life in the indoor environments (often hypogea). In fact, it can mate in confined spaces (stenogamy), complete the first cycle of egg production without a blood meal (autogeny), and bypass winter diapause. There are also hybrid populations with intermediate characteristics. 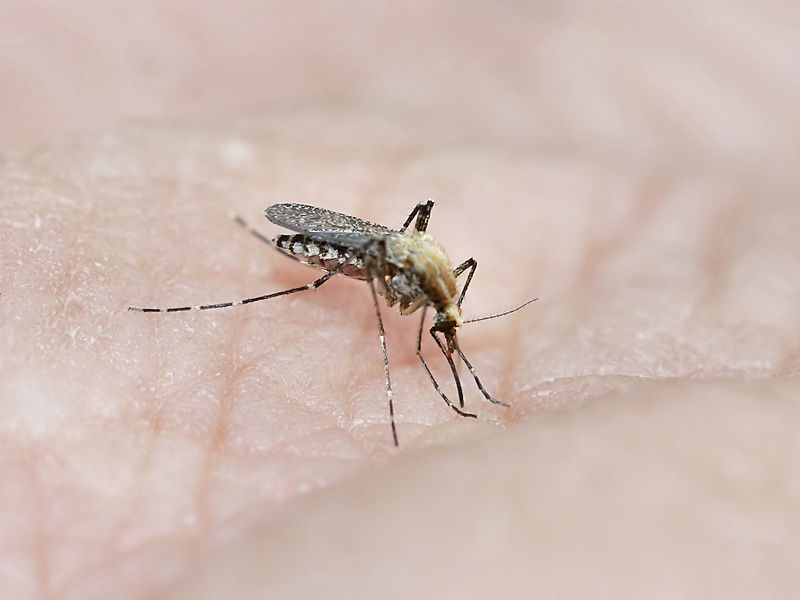 The rice field mosquito (scientific name: Ochlerotatus caspius or Aedes caspius) vary highly in color from one population to another, even within the same population. The most common species has a predominantly dark and acute abdomen with a median band and two light sides that continue along each segment; many of which also bear transverse light bands. The result is an overall design of the abdomen brown with pale “crosses”. Females bite both during the day and during the night, with activity peaking in the cooler hours of the day and at dusk. They show a high anthropophilic degree and can be extremely annoying for humans and pets. It is a species that mainly bites outdoors, but when there is a big population, it is not uncommon for them to bite indoors. Adult activity typically ceases in early autumn. The species is quite common in Italy, especially in the coastal and rice-growing areas. It is also able to travel many kilometers from its breeding sites. 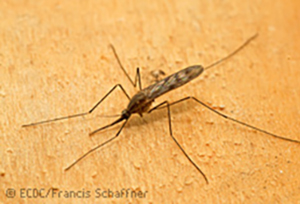 The Anopheles mosquito. The name "Anopheles" generally refers to all the species of mosquito that belong to the genus Anopheles. In Europe, most of them can be traced back to a set of “twin” species and are all morphologically indistinguishable, except at the egg stage or by examining certain biometric measurements of the larvae. They form the Maculpennis complex. There are 8 species to the Maculpennis complex, 7 of which are present in Italy: An. atroparvus, An. labranchiae, An. maculipennis, An. melanoon, An. messeae, An. sacharovi, and An. subalpinus. The most predominant in Piedmont is the An. messeae, followed by the An. melanoon e An. maculipennis, all of which have a zoophilic behavior and rarely bite humans; this only occurs when there is a large population of them, as it occurs in eastern Piedmont in late summer. In all species belonging to the complex, the body, endowed with long legs, is dark in color and the palps are as long as the probiscis. They also have characteristic spots on the wings due to the presence of groups of dark scales. 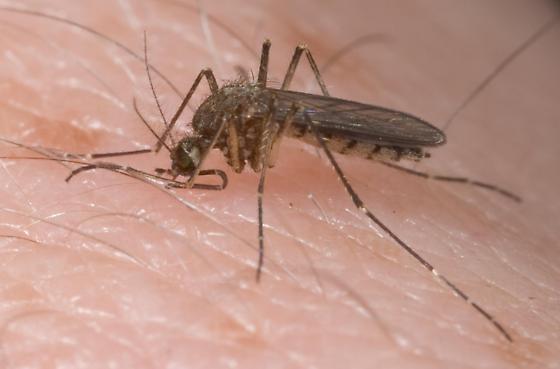 Floodwater mosquitoes. Many species of mosquito exploit the periodic engulfment of fields or floodplains. The eggs are laid in the ground and subsequently wait to develop; it is a habitat which is also shared with other floodwater mosquitoes whose habitat is in rice paddies (Ochlerotatus caspius). Another species that deserves attention for similar behavior is Aedes vexans. It locally creates substantial populations during alluvial phenomena or cultivation methods that involve the submersion of plains. It is a mosquito similar in appearance to floodwater mosquitoes that are found in rice fields, but with specific characteristics. Just like the latter, it has an acute abdomen, but its color is different. Each segment of the abdomen has a series of whitish scales in the shape of a “B” on its back that stand out clearly from the surrounding black scales. Whitish rings are only present under the joint on the tarsus of the legs, while in the rice field mosquito they are found astride it. 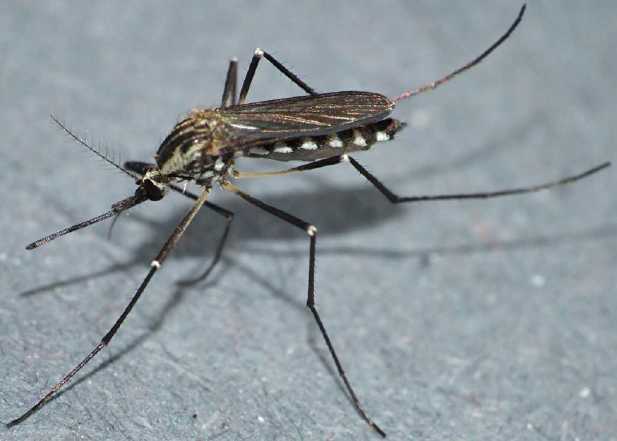 Woodland mosquitoes. The given name to these mosquitoes refers to a whole series of species which have the common characteristic of developing in forest habitats, including many city parks. These mosquitoes can be divided into two groups: those attributable to species that develop in the small collections of water that form in tree trunks (hollows tree, tree buttresses, etc.); and those attributable to species that develop when the woods flood due to the melted snow or rain during the spring period.